IC 342 is a spiral galaxy in the constellation giraffe in the northern hemisphere. It is about 11 million light years away from the solar system and has a diameter of about 60,000 light years. The galaxy is located near the galactic equator where dust veils make it difficult for astrophotographers to capture the object. IC 342 is one of the two brightest galaxies in the galaxy group, closest to the local group, where our Milky Way is located. The galaxy was discovered in 1895 by William Frederick Denning. Edwin Hubble initially assumed that she belonged to the local group, which later turned out to be wrong. In the center of IC 342, clouds of hot ammonia gas were detected using the Very Large Array. Silicon monoxide was also discovered in the galaxy.

The inverted and more streched version, nicely shows the upstream dust, which is responsible for the yellow coloration. 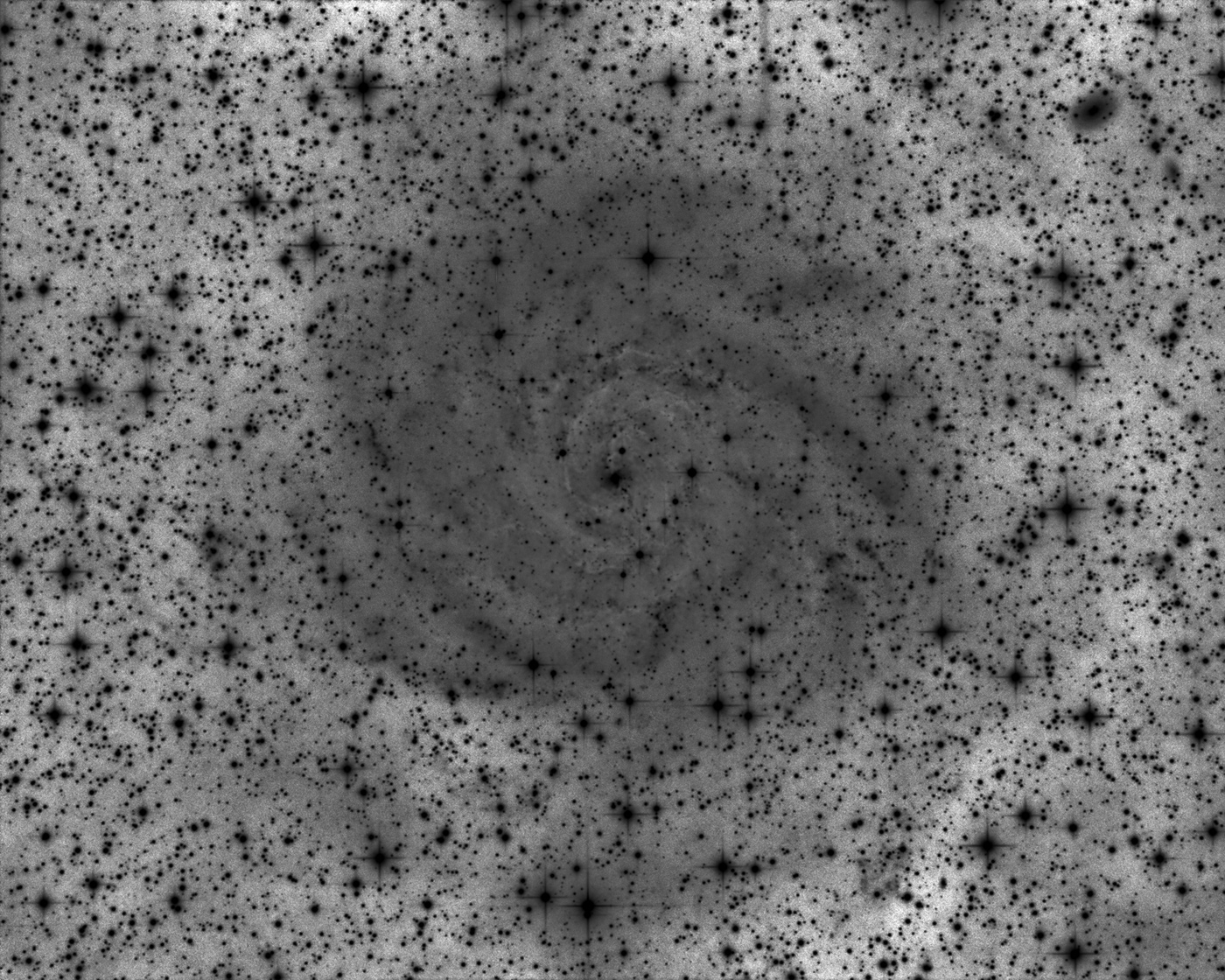 If the dust is faded out, such a picture of the galaxy would probably the result: 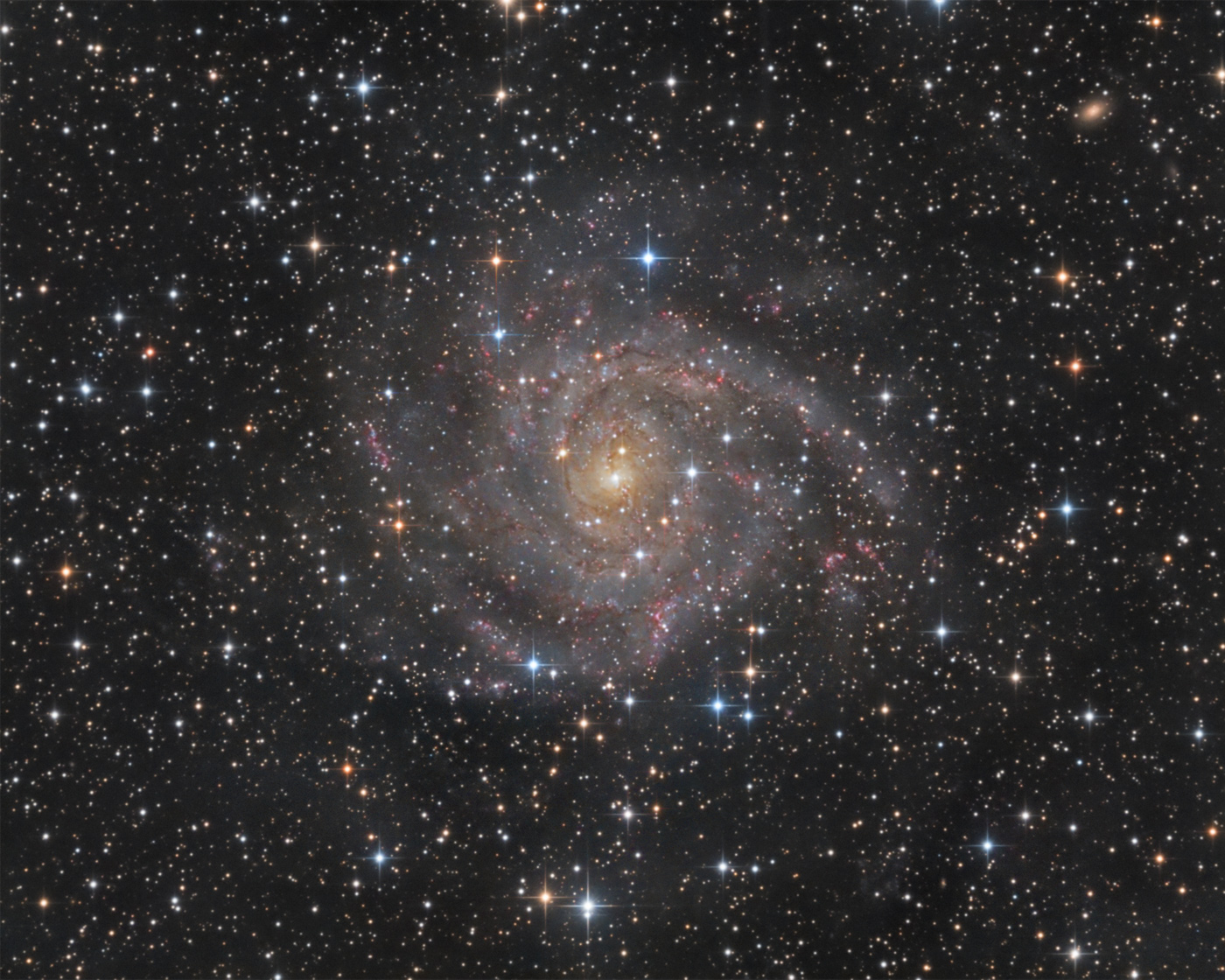