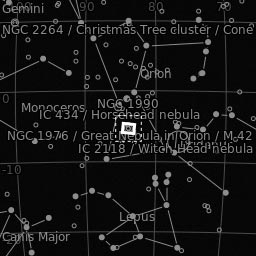 Emission nebula in the constellation Orion.

The Orion Nebula (catalog designation M 42 or NGC 1976) is an emission nebula in the constellation Orion. Due to the relatively high apparent brightness above the 4th magnitude, the nebula is clearly visible to the naked eye as part of the sword of Orion south of the three stars of the Orion Belt. It has an angular expansion of about one degree.

The Orion nebula developed from a part of a much larger interstellar molecular cloud and consists mainly of hydrogen. The nebula produces stars whose ionizing radiation makes the nebula glow in the visible area. It is therefore also classified as H-II territory. The nebula is about 414 parsec (1,350 light-years) away and is one of the most active star formation areas in the galactic neighborhood of the sun, which is why it is a preferred object of investigation for the exploration of star formation. It is expected to develop into an open star cluster similar to the Pleiades.

The main ionization source of the Orion Nebula is the star? ¹ Orionis C1, which, with more than 200,000 times the luminosity of the sun, is also one of the most luminous stars known.

Field of view from my newtonian: 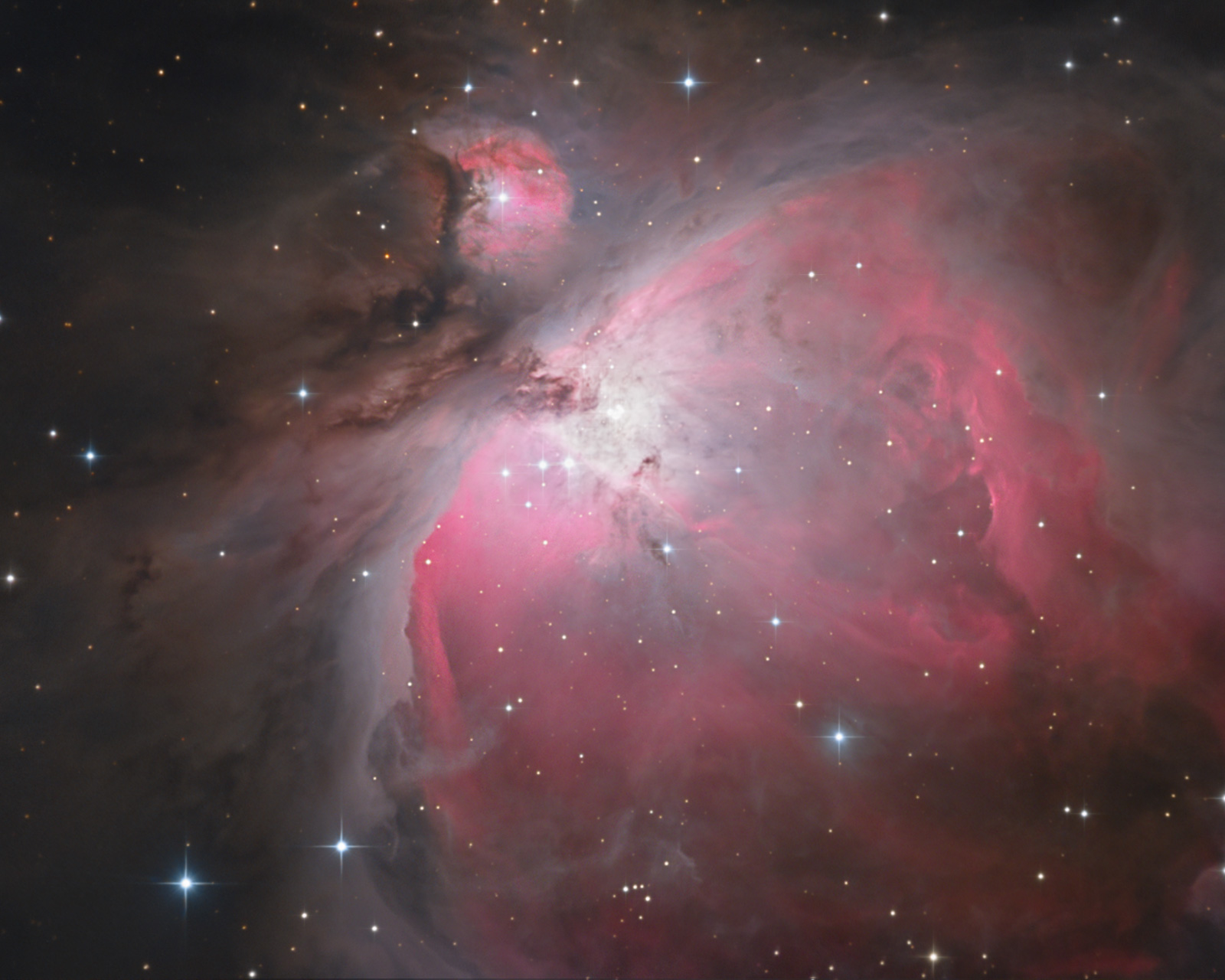 Session in my videoblog ...