My setups through the years.

The setup with 10 "f4 Newtonian and small Takahshi FSQ85 Apo, which has been in place since 2016, has been going on for several months without any significant change. I have been completely satisfied, even with small technical difficulties which came up from time to time. So there was no need to change something. 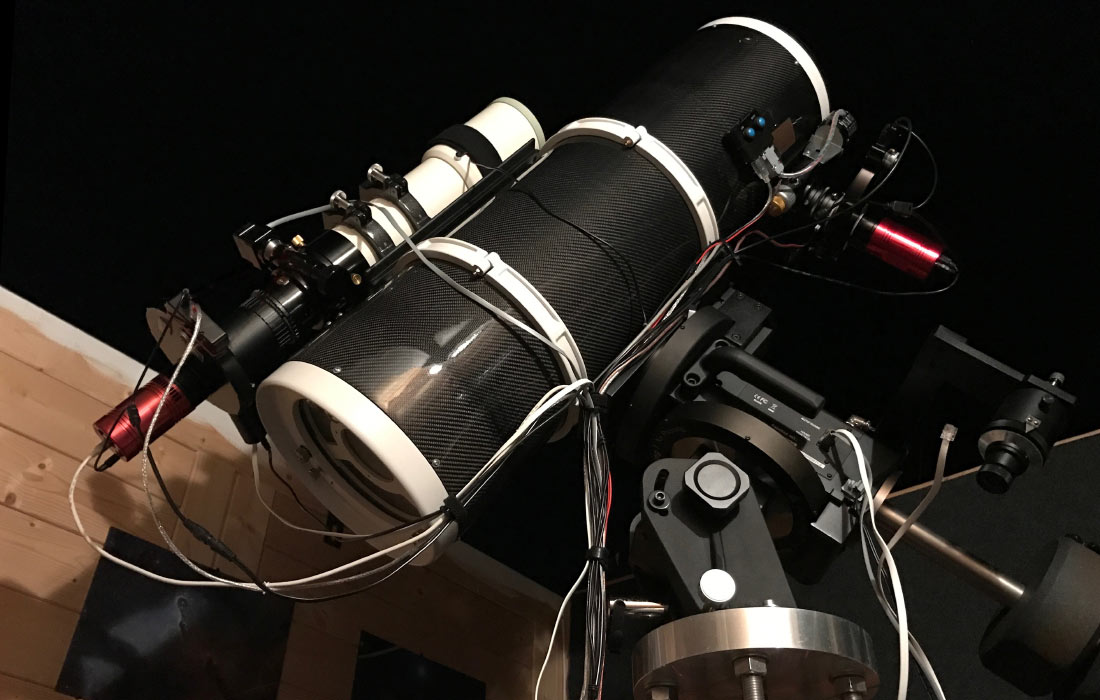 Only the fact that I had to switch the camera including filter wheel, Off Axis Guider and complete wiring from one telescope to the other, annoyed me. Apart from the fact that every time it was necessary to detect and eliminate small tilting.

Thus, at the beginning of 2017, I purchased all the necessary components for a dual setup, a further camera, a filter wheel with the same filter equipment and an OAG. Fortunately, I found everything in the classifieds market, which saved me a lot of investment. There is now running an Atik 490 Exm camera with the Takahashi and an Atik 460 Exm with the Newtonian. 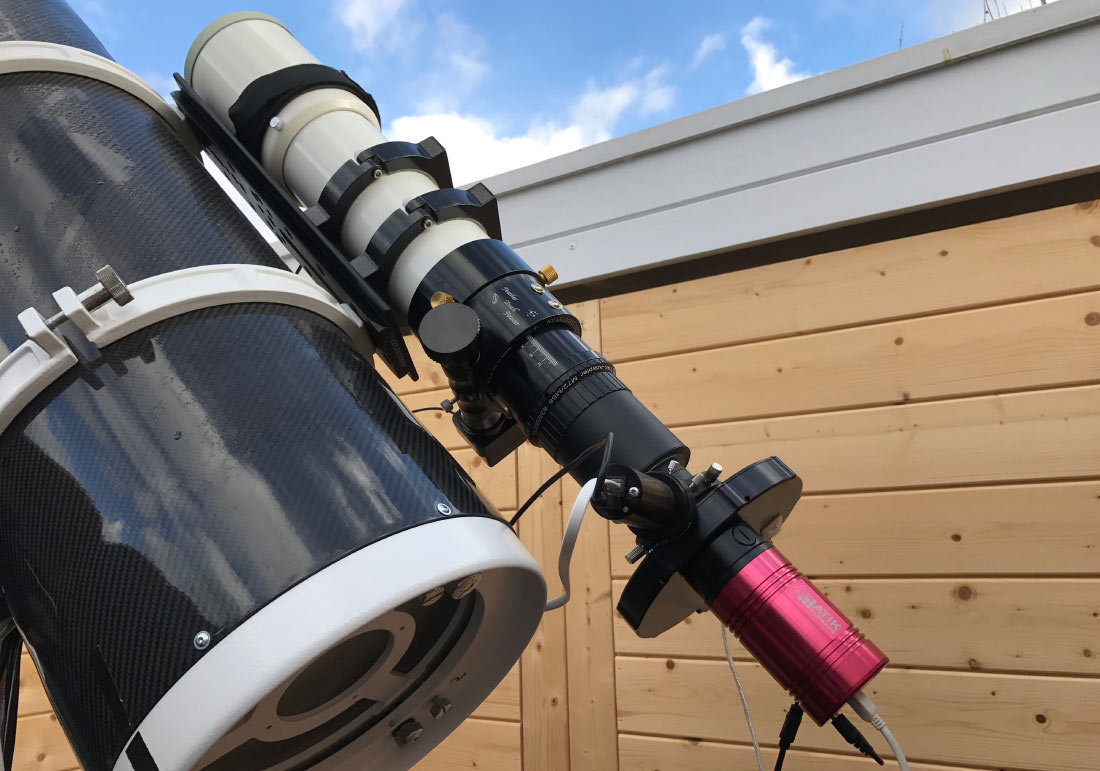 The Atik 460Exm and the Newtonian with identical filterwheel and identical Astrodon filters. 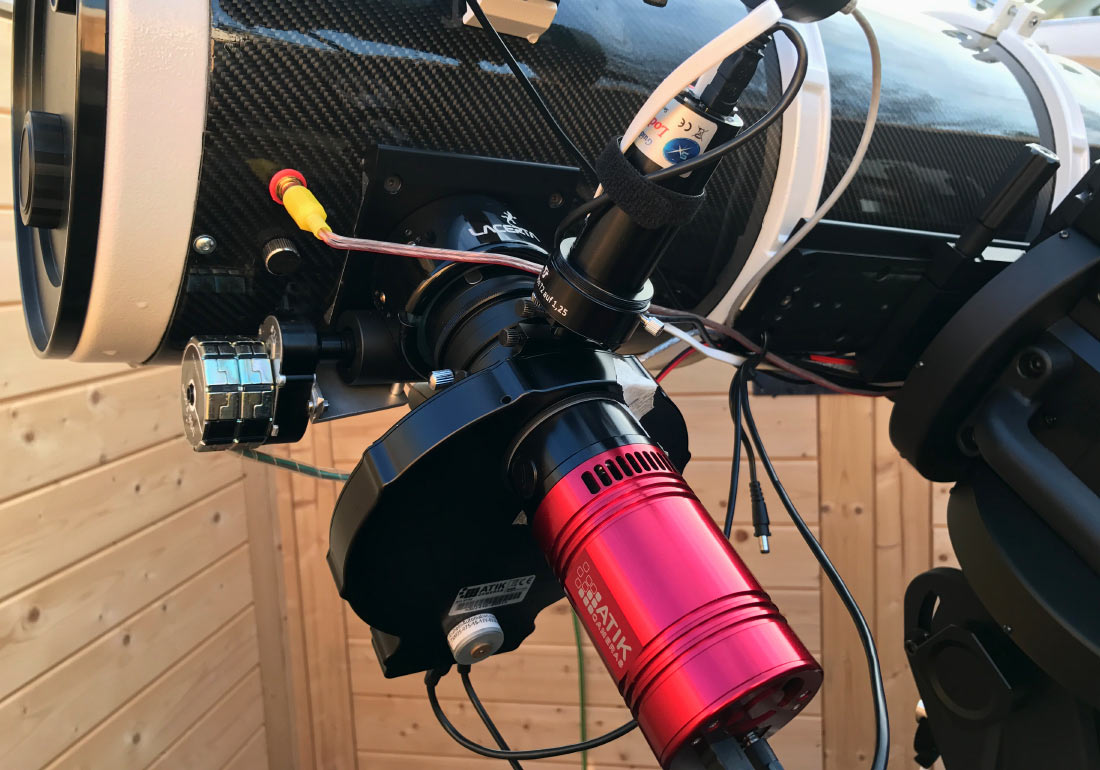 The pilar and a lot of cables. 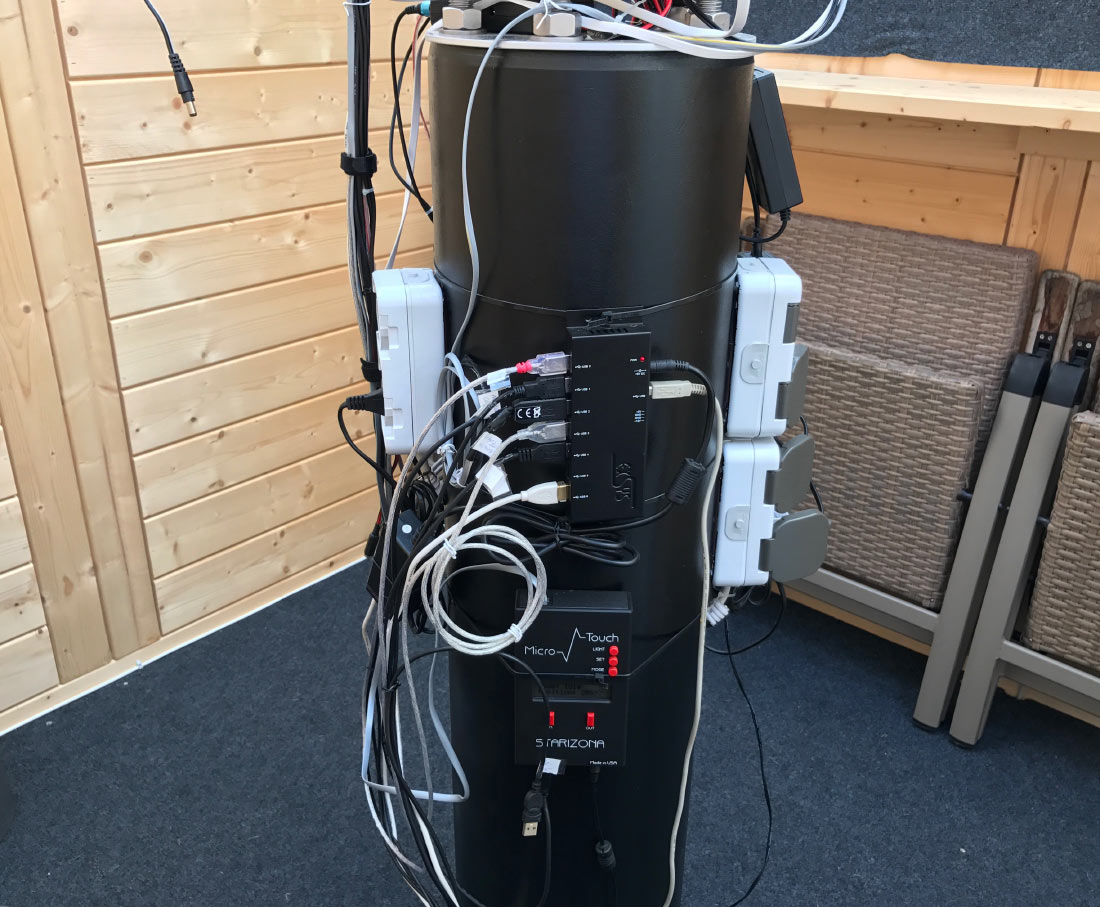 The better is the enemy of the good? With the FSQ85 I was very satisfied for many months, but I wanted an increase in the light intensity, to achieve shorter exposure times, or more depth. The Takahashi Reducer, who brought the FSQ to f 3.8 at all, I was able to adapt so that the stars were half straight, but the part always bobbed around and annoyed with problems in the corners. Nothing which could not be repaired by image processing, but in the long run I just did not have to have to.

On the basis of the positive experiences of fellow astrophotographers with the Takahashi Epsilon, I decided to add an Epsilon 130 D in August. Unlike the FSQ, the Epsilon is a mirror telescope. The corrector is fixed in the focuser and brings the telescope with 130 mm aperture to f3.3 at 430mm focal length. Thus, the epsilon has a faster opening ratio with larger opening and approximately the same focal length as the FSQ85. The first exposures instantly capture the strengths of this system. Uncomplicated handling, focus stability and high image quality. This promises to be a long friendship. 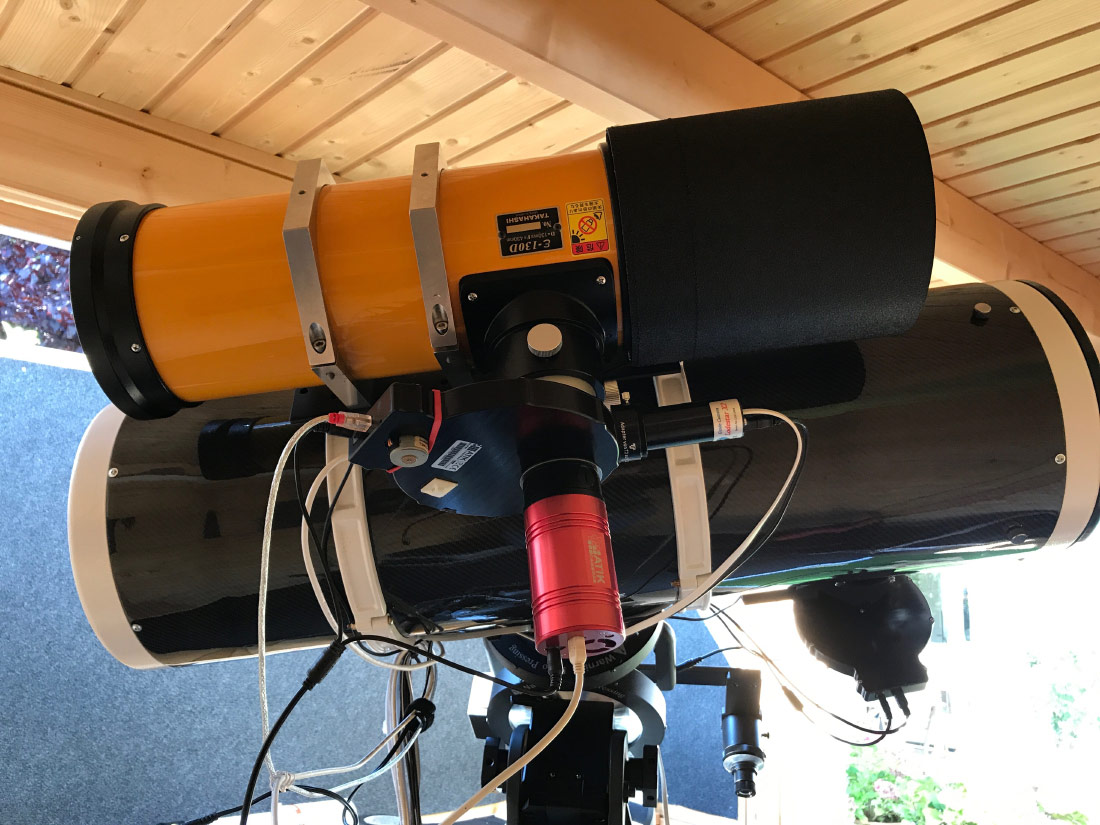