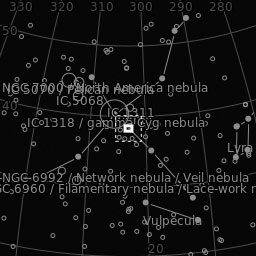 NGC 6888 is an emission nebula in the constellation Cygnus, which is 4700 light years away from Earth. It is also called Crescent Nebula, Sickle Nebula or Moon Sickle Nebula.

NGC 6888 is illuminated by a so-called Wolf-Rayet star with the designation WR 136. Probably the gas of the nebula was also repelled by this star. The emission nebula NGC 6888 was discovered on 15 December 1792 by the German-British astronomer Wilhelm Herschel.

By the way, this specimen is one of the brightest W-R nebulae. One feature of W-R stars is their extremely strong stellar winds. The matter blown off by them into space is excited to glow by its energy-rich light and appears to us in some cases as an emission nebula. The glow of the nebula is triggered here by two independently occurring ionization processes. The main work here is done by the central star itself, which ionizes the nebula particularly strongly due to its high temperatures and makes it glow especially in the O[III] range. Furthermore, the strong stellar winds collide with a dense interstellar medium, which results in a shock front at which the material heats up and also ionizes.

Because of the filament-like appearance of NGC 6888 and its unusual spectral properties, it had long been considered a supernova remnant, but no post-supernova (pulsar) was found in its center, but a Wolf-Rayet star.

Older image from 2015 in Hubble colors: 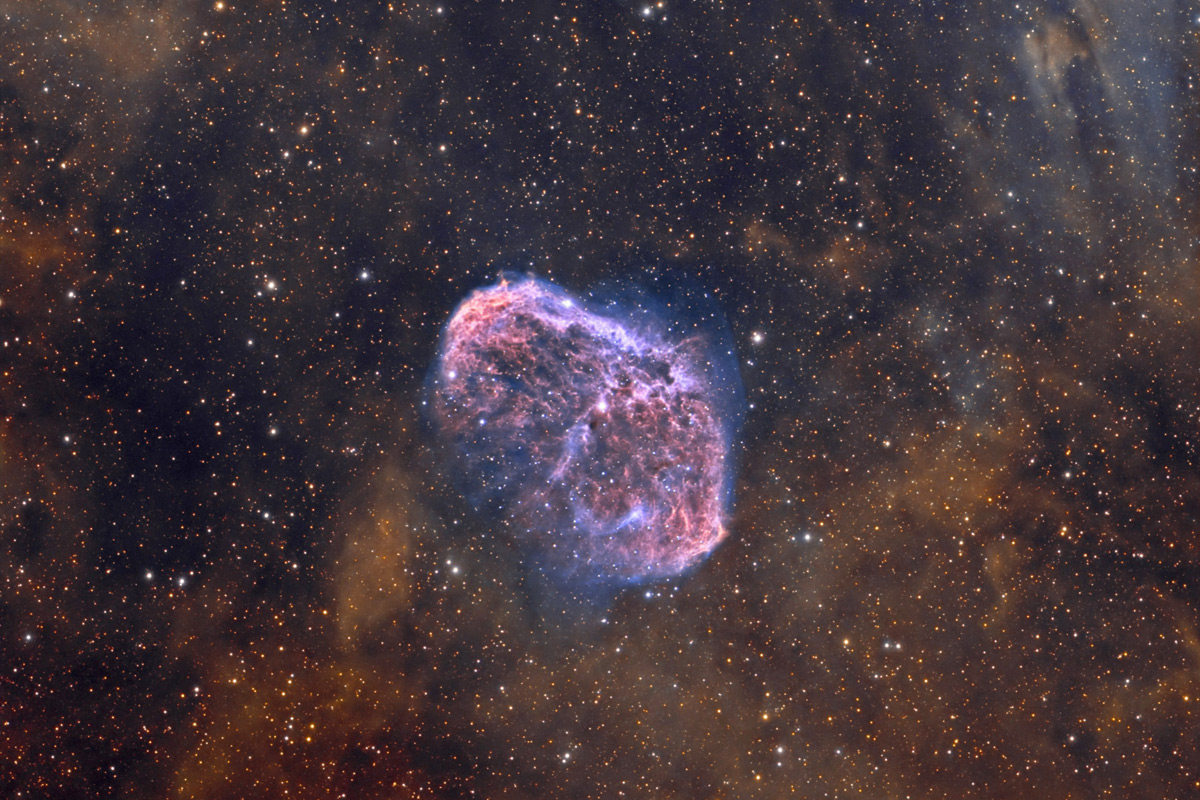