The February compensated this year for the astronomically unusual winter. A quite stable cold high from the east provided the last days for many clear nights, which wanted to be used. Some of them even with new moon with good transparency, others with some haze. So in February I took some pictures, which I documented in an overall video due to lack of time.


Starting with M42, which I captured simultaneously with the Epsilon and the Newton. The Newton was used for the central region and should provide details with short exposures of 5-10 sec. in the trapeze. Since the Orion is very deep in the south, I only have a window of about 45 minutes per night before it disappears behind the roof of the observatory. After several nights I had a little more than 2 hours in the box.


RGB raw image of the Newton: 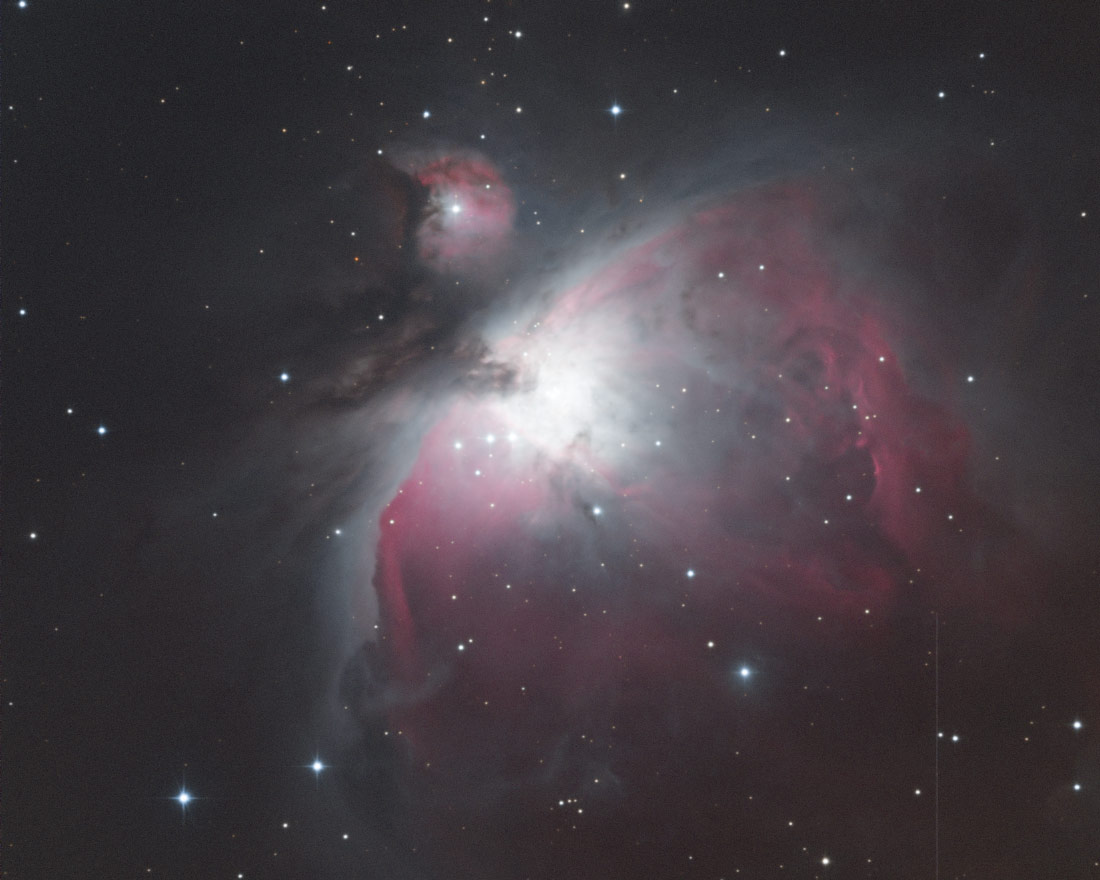 RGB raw image of the Epsilon: 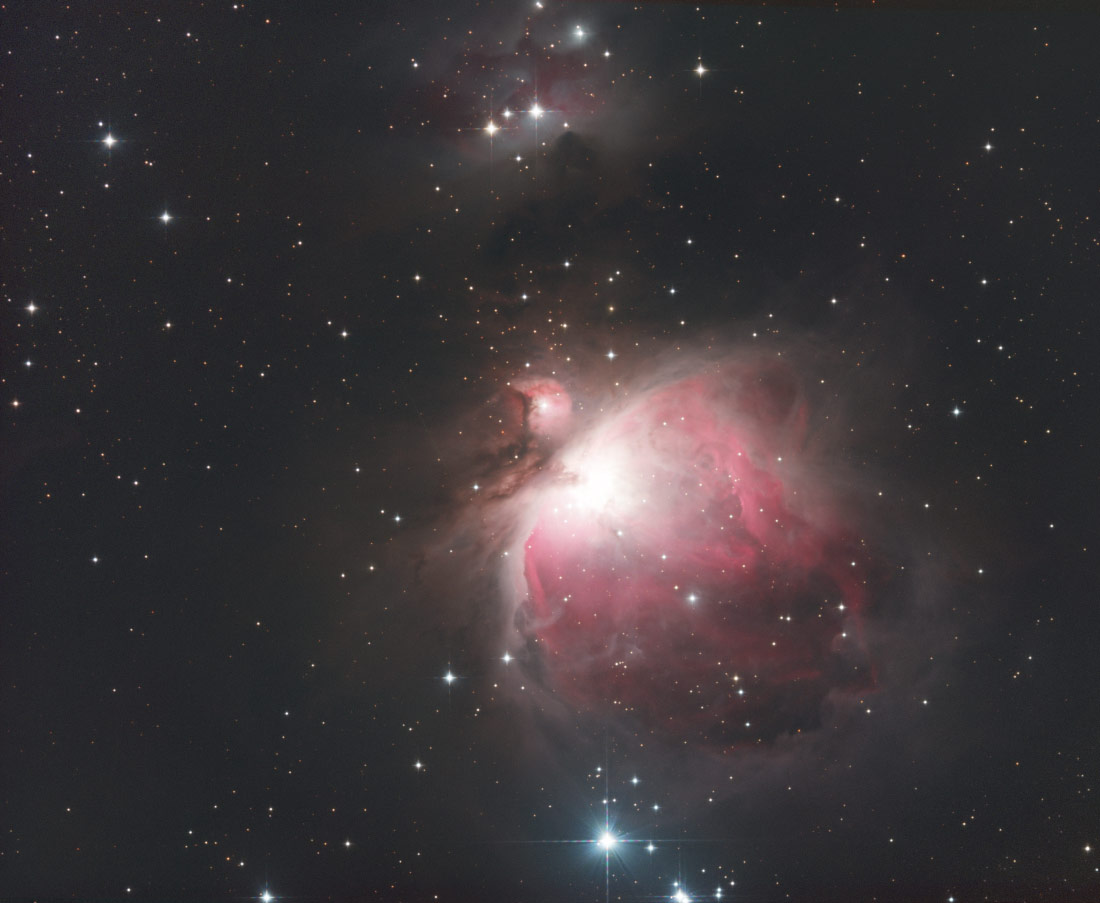 Afterwards, or in the following hours, it was M 51's turn. This project was also excellent due to very transparent hours. 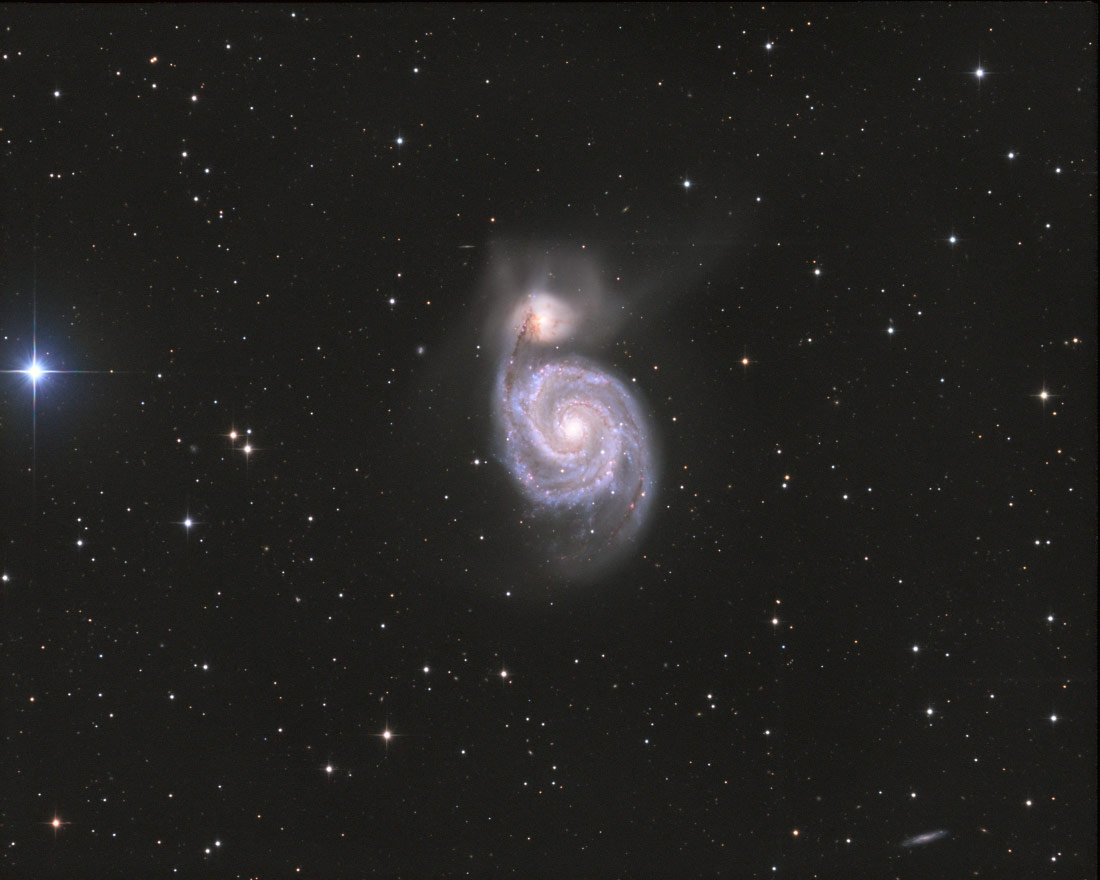 After that, another galaxy followed with NGC 2146. Significantly further away and thus considerably smaller. Unfortunately, the three nights weren't as good as they were before, so the result isn't quite as thrilling. Here the RGB raw image: 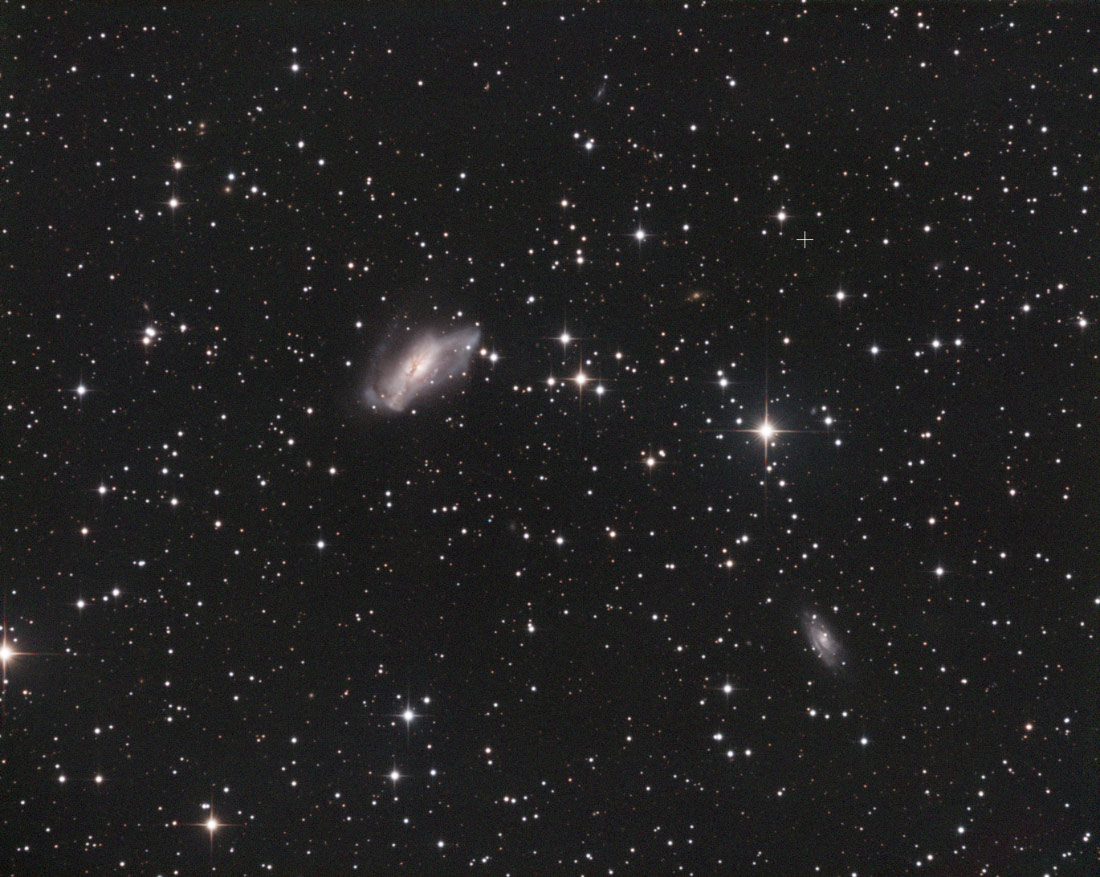 At the end of the session it was to be an extremely difficult and weak planetary nebula in cooperation with Marcel Drechlser from the Ore Mountains. Marcel had already provided excellent data on the nebula structures. I wanted to complete it with better details and color. All in all, we both achieved an integration time of just around 41 hours. The result is very appealing for amateurs.

My H-Alpha cumulative image of Newton after 6 hrs.: 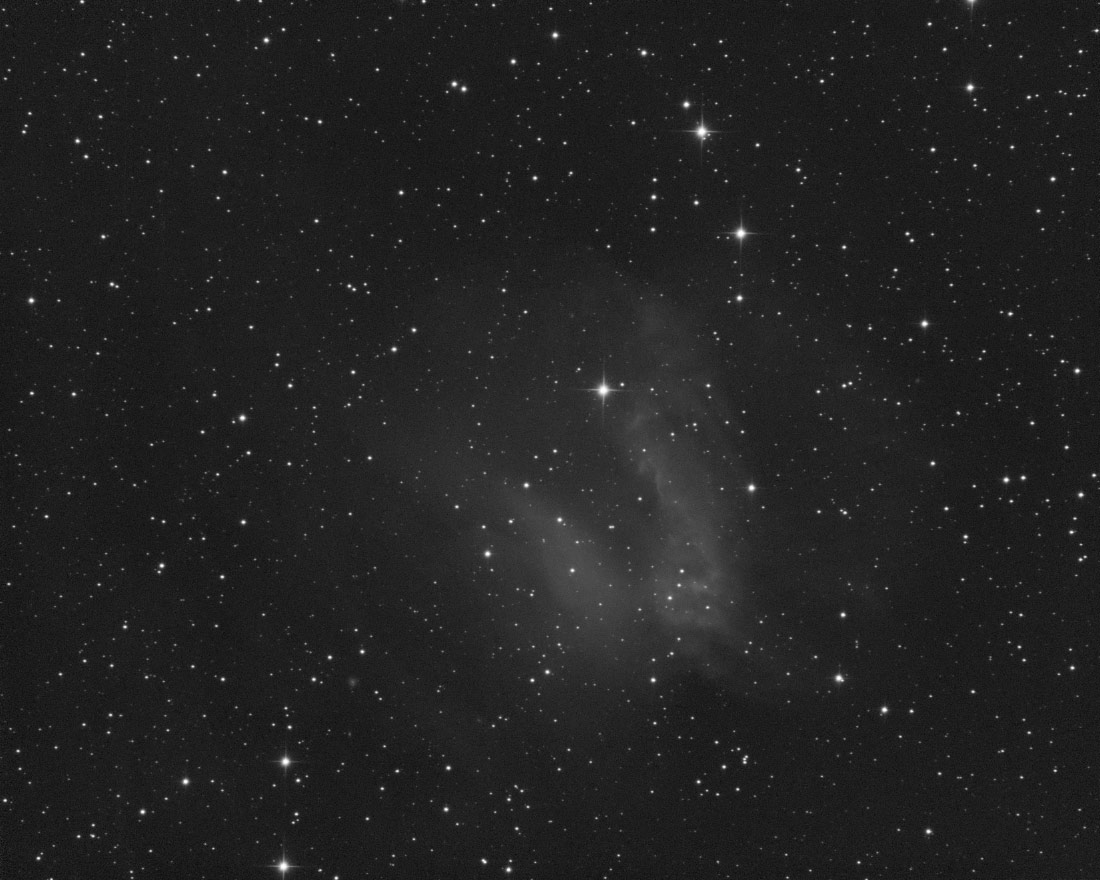 Marcels H-Alpha stack after 9,5 hrs. He kept it dark: 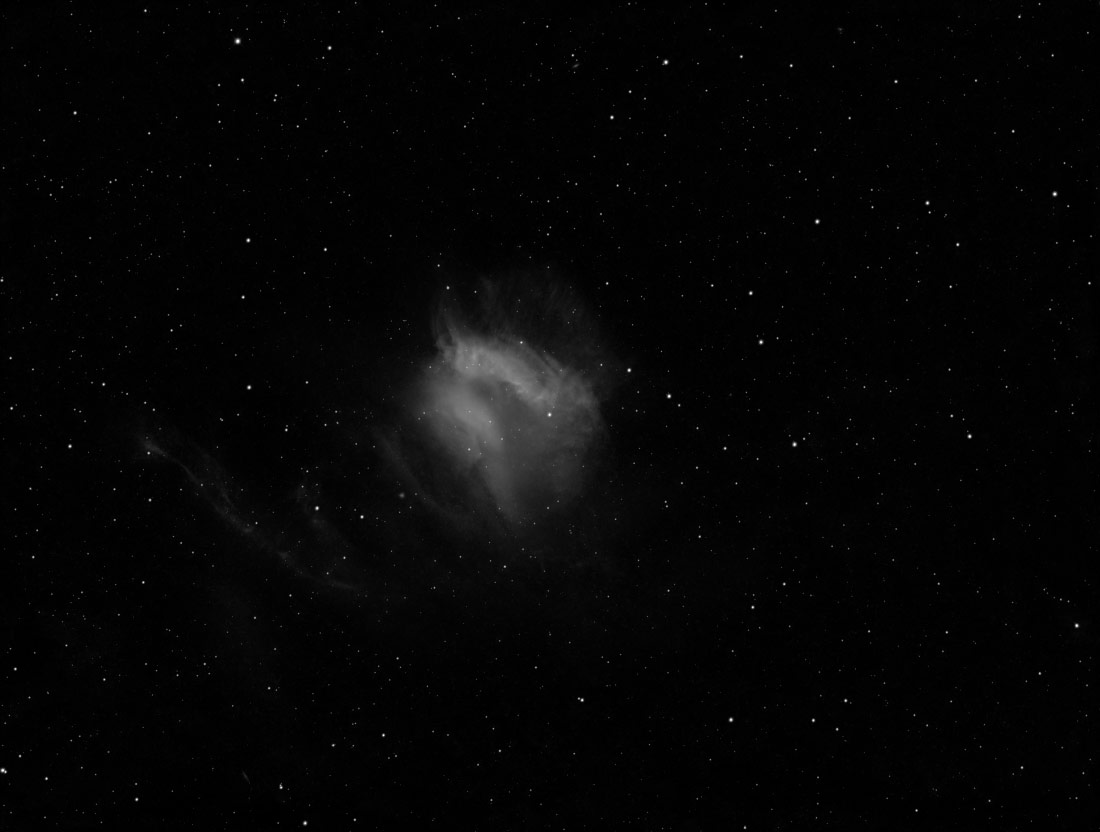 Thr RGB sum of the Epsilon after 5 hrs. Hardly to see nebula color: 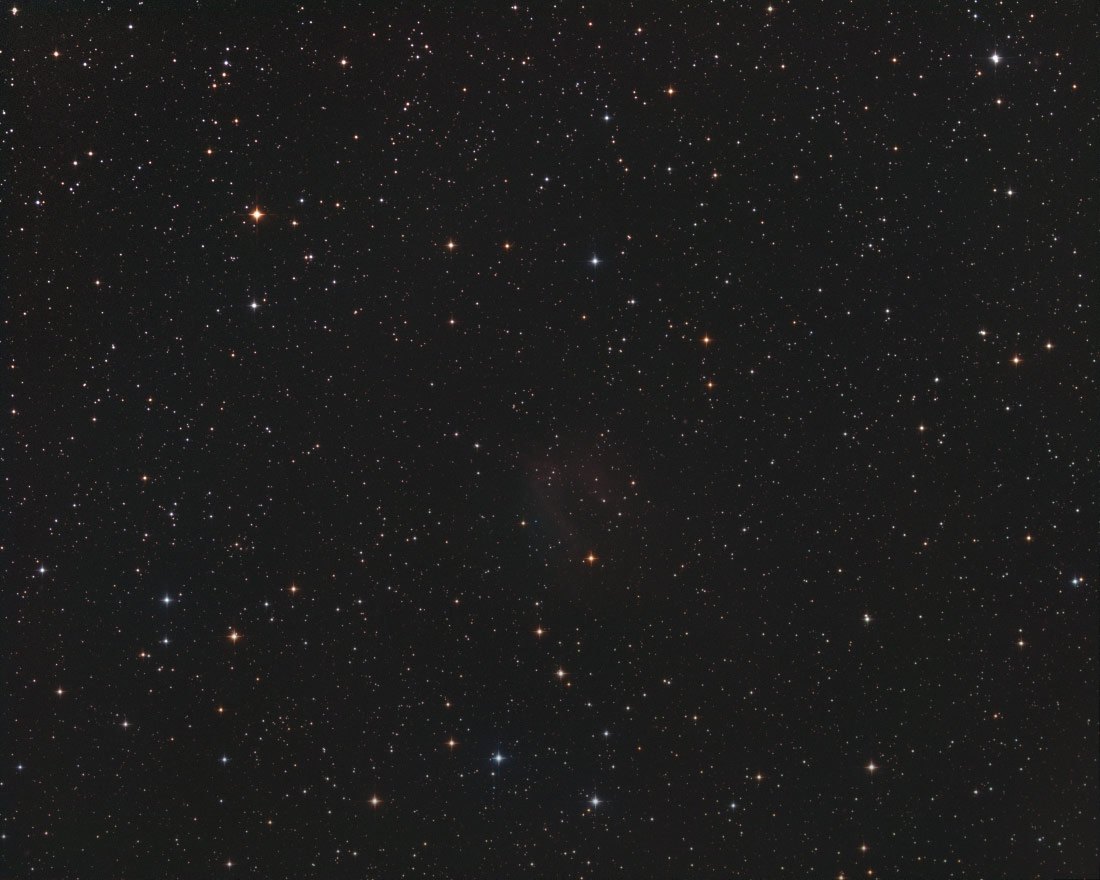